In 2019, it is arguably quite a dream for shounen gamers or fans of the One Piece anime series. The AAA fighting game like Jump Force was the opening act in early 2019, until now Bandai Namco and Ganbarion have released a new series which had previously been postponed titled One Piece World Seeker.

Looking at the history of the developer, Ganbarion, he as a developer has indeed become a breed of giving birth to Japanese games, especially the One Piece series, where previously they also released the semi-Open One World Adventure One game entitled “One Piece Unlimited World Red” and games Old-school fighting “One Piece Grand Battle series”.

The One Piece World Seeker journey centers on the story of Monkey D Luffy on a island called Prison Island. Where previously the city was originally named Jewel Island, Luffy and Nakama were stranded randomly on the island. Some nakama were captured and also fugitives by the navy. Luffy himself becomes a character that will be played by One Piece World Seeker players, where you will gather scattered Nakama Luffy to find out the mystery that haunts Prison Island. 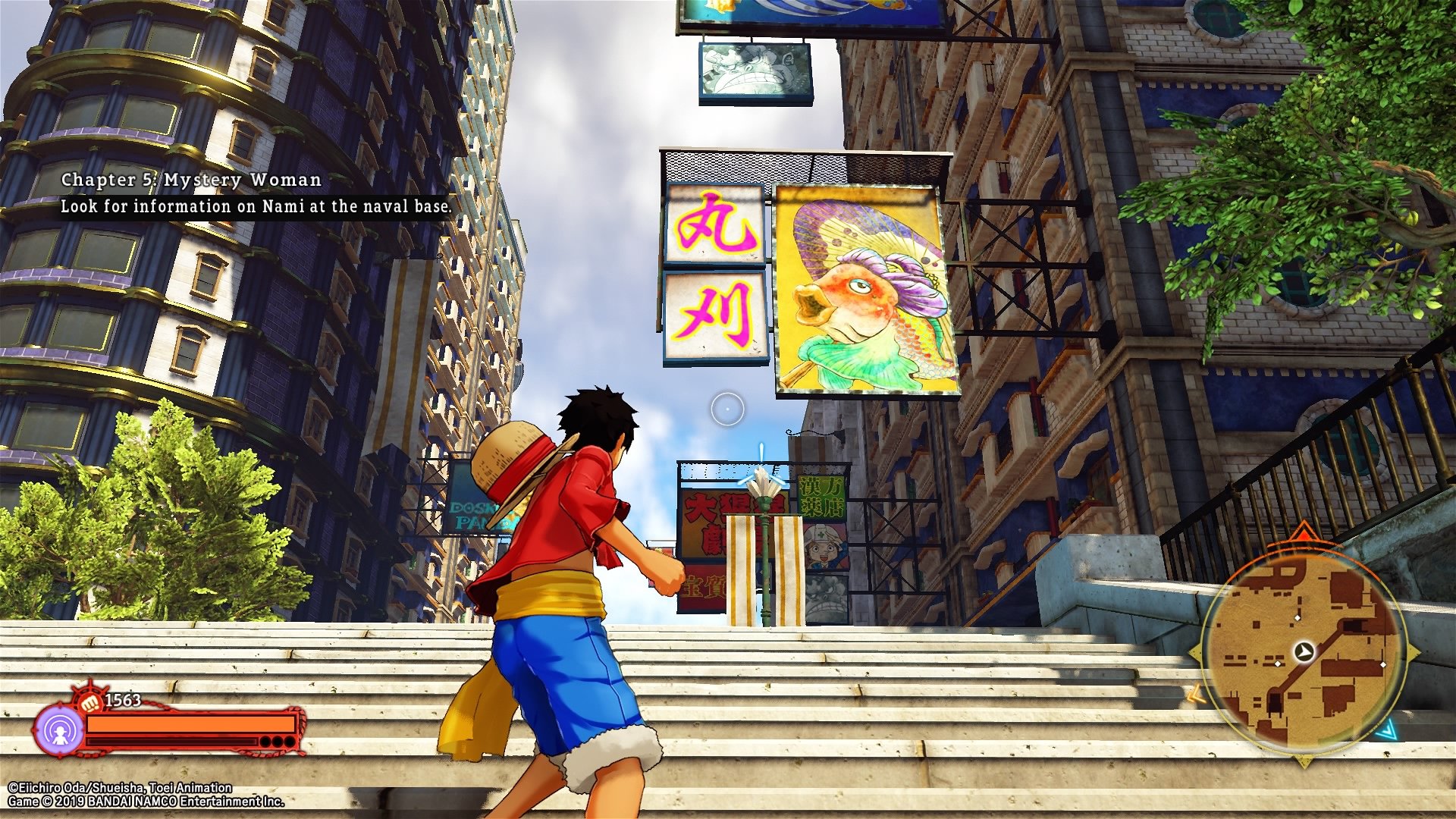 We are truly amazed how the graphic leap that is present in the World Seeker series is there, indeed it is not a short time but the results that they have succeeded in doing enough need a thumbs up. Grass and assets and details for each building have characteristics that describe each district. On Prison Island itself, the geography of each location is divided into several parts. Broadly speaking there are 5 parts namely the city, port, mining, rural, and finally the prison district. Need to be thumbs up how the graphics and also the details of each city are really polished and have its own uniqueness, you can see screenshots of the City of Steel City where the city has posters and art that are quite interesting.

The obstacle that you will encounter shortly after playing this game is how the battle system of this game feels quite stiff. The beginning of the progress of playing your combo will be very easily canceled by the navy armed with an assault riffle. We cannot block or avoid such attacks because during combos or when we are hitting, the animation of the movement cannot be canceled at all to avoid or survive.

Your input needs to be gradual so that it doesn’t feel like lues. Plus if the enemy falls you have to wait until he gets up to beat him again, this is a problem because the enemies are aerial or flying types. You can only hit once to fall and he will fly again.